Royal Oak Farm, LLC is a small business owned primarily by Ken and Barbara Newman.  Newman, a native of Great Britain, holds a degree in horticulture. 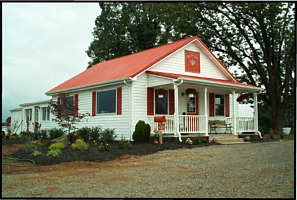 After he arrived in the United States in 1985, Newman toiled as a truck driver, and managed garden centers and a landscaping service before pooling resources with his wife, Barbara and her mother, Doris Mueller, to purchase the southeastern Bedford County farm in 1995.  Newman wasn't a stranger to farming when the family established their operation, having grown up on a dairy farm owned by Oxford University.  He's also well accustomed to recycling, which came into vogue in his homeland centuries ago out of necessity because of diminishing resources.

The composting facility and Royal Oak Farm operations are located in Evington, Virginia, about 20 miles southwest of Lynchburg, 50 miles north of Danville, and 40 miles east of Roanoke.